At the risk of sounding like an inveterate party girl, I must blog about another gathering I attended on the heels of St. Patrick’s Day.

Fooltinis & Frivolity was a preview party for the Dogwood Arts Festival’s upcoming Feast of Fools. Held at Sapphire, the event drew dozens of diverse downtowners and young hipsters for an evening of food, fun and frivolity. Aaron Thompson, owner of Sapphire, arguably Gay Street’s grooviest venue, was game from the start. He created a signature cocktail for the party – the fooltini was a smooth blend of pineapple infused Skyy vodka and green tea liquor with a lemon zest for garnish. Guests came dressed in foolish attire or grabbed some props on site. 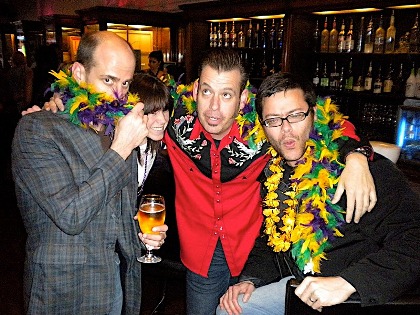 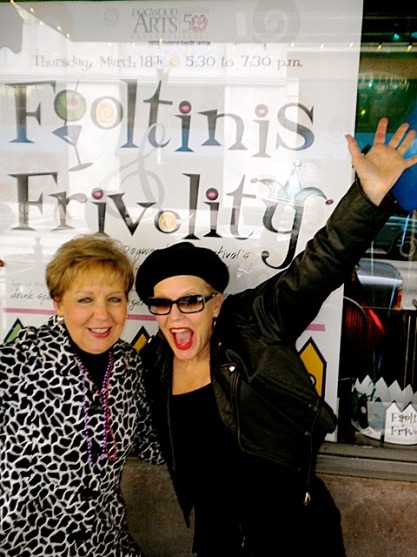 The highlight of the evening was when Gay Lyons, chair of the Feast of Fools, Dogwood Arts Festival’s 50th anniversary Gala set for Thursday evening, April 1st at the Tennessee Theatre, donned a tiara and issued a call to action for all fools:

There’s no shortage of fools – that’s no jest!
Simply pick out the one you like best.
Come as a fool from now or before
Or even a fool not alive anymore;
A fool from here or from out of town –
There’s no place where fools can’t be found.
Parties for fools don’t have many rules,
But not wearing a costume,
As you may have guessed,
Means showing up dressed
As the fool you do best. 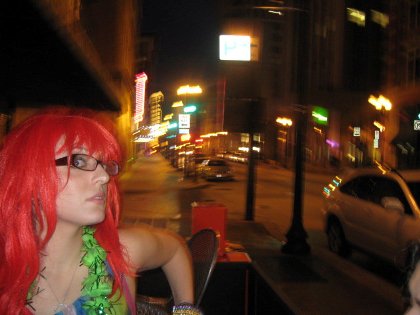 The Feast of Fools promises to be “an unforgettable April Fools’ Day celebration and gala kick-off of the Dogwood Arts Festival’s 50th anniversary.” But hurry and RSVP ASAP!

For half a century, the Dogwood Arts Festival has showcased the natural and cultural beauty of East Tennessee. The 2010 edition features our region’s very best visual and performing artists in a “blue jean to black tie” festival that has something for everyone! For the entire month of April, Dogwood’s 50th anniversary will be commemorated in style, with a vibrant mix of blooming flowers and trees, fine arts, crafts, theater, dance, Americana music, film and literature. This year’s festival is sponsored by ORNL Federal Credit Union. 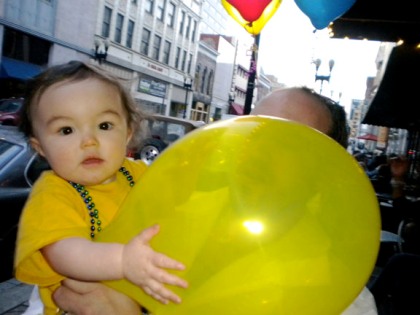 I grew up in Sequoyah Hills where my friends and I sold lemonade on the Dogwood Trail. My son did the same thing a generation later, in his leftover Pokémon costume from Halloween. Needless to say, for me there is no memory of spring in Knoxville without dogwoods, daffodils and redbud trees blooming. It is with gratitude and awe that I look forward to the golden anniversary of this seasonal rite of passage.

All photos by Tinah Utsman