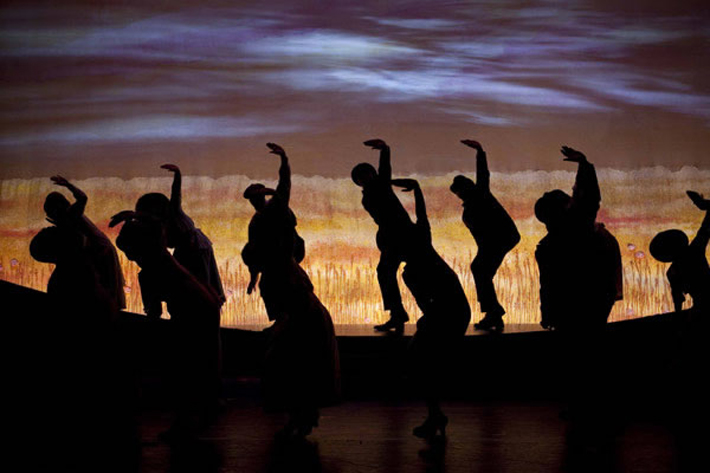 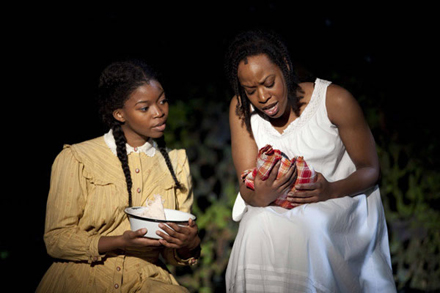 Back in the day I used to do quite a bit of design work for Broadway In Knoxville. It was a great program, run by a really good guy. Suffice it to say, I was sad to see it fall by the wayside. Luckily, we soon thereafter welcomed Broadway At The Tennessee. This season’s shows have been varied. From the wittily comical Legally Blonde, to the long running Fiddler On the Roof, followed by a weirdly fantastical performance by the Blue Man Group. Which leads us to last week’s performance of The Color Purple. The Color Purple has reared its head in many a form: the original, Pulitzer Prize winning book by Alice Walker; the 1985 Oscar-nominated film by Steven Spielberg; the Broadway musical incarnation. Which brings us to the present.

The Color Purple is a wonderful, albeit in a horrid-at-times way, musical that drifts between gospel-influenced ballads to roustabout ditties. The true show opener, “Mysterious Ways,” was a rousing tune started by the Church Ladies. The Church Ladies, at least in the first portion of Act I, act as soothsayers. It would be easy to lean on the resemblances of Homer’s Sirens, save the fact that no men were lured to their deaths. From there we ventured into Celie’s first solo, “Somebody Gonna Love You.” “Somebody…” is a ballad, one of many, that really struck a chord with me. As good as the more uptempo numbers were, the ballads were what allowed the performers vocal abilities to truly shine… save “Hell No!”, but we’ll come back to that later.

All this talk of the beauty of the music, the acting wasn’t anything to sneeze at. Three of the secondary characters stood out: Shug Avery, played by Taprena Augustine; Mister, played by Edward C. Smith; Sofia, played by Pam Trotter.

Shug somewhat resembled Harry Lime, in that she was constantly and consistently mentioned in high regard before making appearance one. By “high regard” I mean the men drooled, and the women shook their head in disdain at every mention of her name. When finally sauntering onto stage about halfway through the first act, Augustine embodied all that sex appeal and raw energy that had be built up to that point. Plus, she could flat out sing. From the aforementioned ballads, to the rambunctious “Push Da Button,” Augustine really earned her money and any acclaim heaped upon her.

Mister, on the other hand, was a man of notoriously vicious and intemperate disposition (to borrow a line from David Webb Peoples). He ruled his home, and Celie as his wife, with a strong hand and a quick temper. But, always in the back of his mind, was a longing and loving of the harlot Shug Avery. Every time she came to town, Mister draped himself in his best bib and tucker, and showed her a good time. Which was a foreshadowing that he had the capacity in his heart to be a changed man. Smith was wonderful at switching that very dynamic, sometimes with just the subtly of a look. His soliloquy, upon death’s doorstep, was gut-wrenching and somewhat uncomfortable. Which is what one would strive for in such a bastard of a character.

Sofia, oh hell no! What a persona, what a performance! Trotter, from beginning to end, chewed through the dialogue, lyrics and scenery like a seasoned pro. By the time she got to her signature number, “Hell No!”, my accompanying partner turned to me espousing “I love her!” Yes, yes. We all do. Sofia was funny, sassy and, for a period of time, full of pathos. Trotter was able to manage it all, and do it with a smile.

All in all, I look forward to many more Broadway At The Tennessee shows. Just throwing this out there, in case the presenters are listening, would be nice to also represent the drama side. Maybe a little Mamet, please? Some Neil Simon, por favor…. or, as we say it here in East Tennessee, “poor fay-vor.”