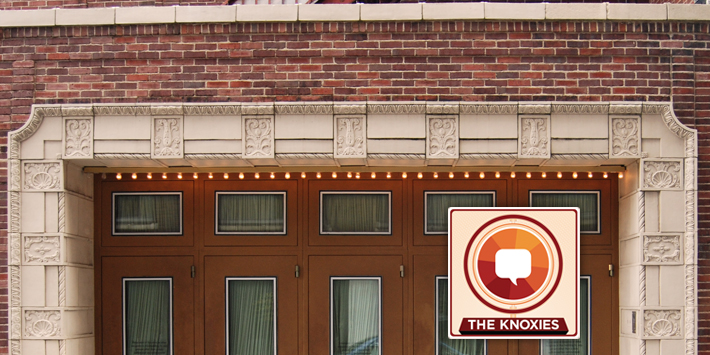 If Knoxify were a beer it would have a born on date of December 2007. That’s the date we set out to tell the world what makes Knoxville a great place to live, work and play.

Since then we’ve racked up hundreds of articles and our readers have contributed thousands of comments. We consider that the prerequisite course that has enabled us to present the 1st Annual Best of Knoxville Awards, or as we like to call them, The Knoxies.

The Knoxies are the awards that recognize and promote the best people, places and businesses in Knoxville. Our internal jury made up of four long-time Knoxify contributors evaluated hundreds of local interests, categorized them and crowned the winners. Throughout the rest of the week we’ll hand out Knoxie crowns to the best in Knoxville. Our posting schedule will be:

In the meantime, get to know the 2011 Knoxie Jury.

Now that you’ve met the jury you’re probably curious as to why Knoxville needs another set of awards. Unlike other local award contests where the winners are voted on, often collecting multiple votes from the same person or group of people, The Knoxies are powered by a transparent panel of judges with years of Knoxville living under their belt. With future installments we plan to grow and diversify the panel, and categories, to capture other best of perspectives.

If you don’t agree with our picks then take advantage of our thick skin and leave a comment. The Knoxies are for Knoxville by Knoxville.