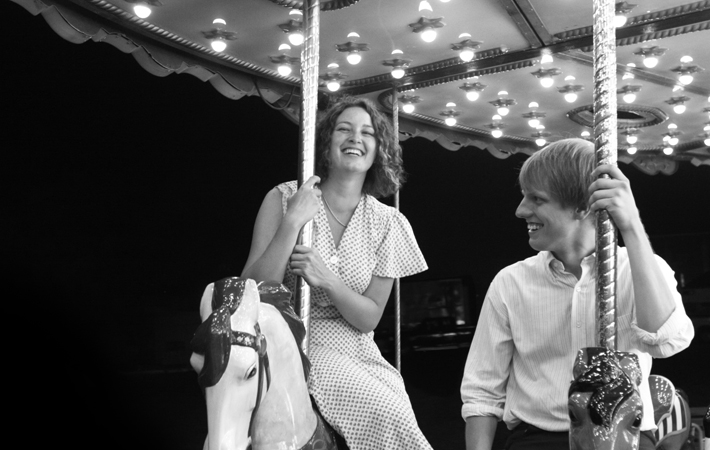 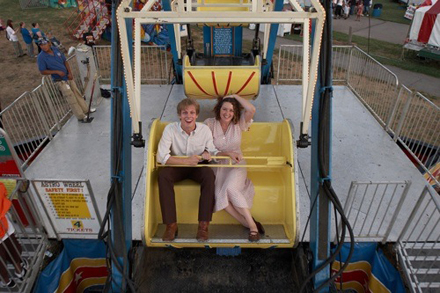 Hailing from Cincinnati, Shiny and the Spoon has an interesting take on the folk genre. Mixing it up with solo songs, with either Jordan Neff or Amber Nash trading duties, and songs in complete harmony they breath fresh air and a good range into their somewhat light songs. So light, indeed, that they have a hard time competing when sandwiched between rockabilly and punk bands.

Knoxify: How did you get a start in music?

Jordan Neff of Shiny and the Spoon: Amber and I had been playing music in some relatively low-key settings for a long time, but I started playing a little more seriously when I joined an Americana outfit out of Cincinnati called Magnolia Mountain. I was still in undergrad, and too young to even be in most of the venues we played, but that only made it all the more exciting in my eyes. Amber briefly studied musical theater, and has apparently always been blessed with a musical streak. She told me she just picked up a Ukulele at a flea market one day and it stuck. She played in a number of small projects before the two of us joined up in 2008.

K: How did you all form Shiny and the Spoon?

JN: I always joke that it was an excuse for a second date. As soon as we met, we started talking about music, and before the end of the night we already had a show set up together. It’s hard to distinguish what parts of our first couple of months together were necessarily about Shiny and the Spoon, and what parts were about Amber and Jordan. Anyhow, the two of us played around town off and on, released a 7 song EP we recorded in our bedroom, and had a lot of fun. We had this really cool, minimalist, wilting folk thing going on, but we got sounded out in every venue we played. We were really pretty quiet for the bar scene.

K: How long have you all been on the road?

JN: Not long at all. Aside from some small trips, this is our first tour. We were always afraid to go on the road, and find ourselves struggling to be heard above even small crowds. I mean, we really really wanted to, but it just couldn’t happen. People drinking at a bar in Knoxville, who’ve never heard of you, aren’t going to stop what they’re doing and quietly listen to your songs. I wouldn’t, at least. We tried to set up a number of trips before, but we had to be very selective about venues, and we just couldn’t line one up. It really took breaking from the duo format before we could leave the coffee shops and listening rooms and hit the road. We met our bass player, Pete Brown, over craigslist; we basically exchanged some info and said “let’s see how this goes,” and it went phenomenally well. Matt Frazer, our drummer, joined shortly thereafter. Amber, Matt, and I had met playing together in Magnolia Mountain, and Matt had been a guest musician and engineer on our latest album Ferris Wheel. After the album’s release, we had already talked a great deal about Matt joining the band, and a couple of months later, we were a quartet. Amber and I had always been protective of our sound as a duo; we stuck to it through some pretty tough shows (I distinctly remember a series of shows we did at a multi-stage venue, where we consistently ended up with rockabilly bands a floor above us, and punk bands a floor below), but it’s amazing how sometimes, you meet certain musicians you just click with. You’ll be playing with them for the first time, a song in, and you’re already making plans. Things changed a lot when those two joined Shiny and the Spoon, and I’m excited to see where else it takes us. 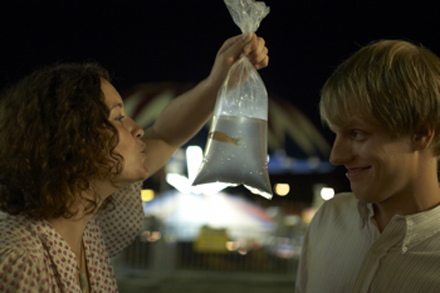 K: Is this your first trip to Knoxville?

JN: Yep, our only forays into Tennessee have ended with “Daniels” or “Dickel.”

K: How familiar are you with WDVX and the Blue Plate Special?

JN: We’ve been listening for a long time. Amber and I had always watched the videos of different acts playing through. When Pete joined the band, the first thing he told us was “I want to play that show with the plates on the wall.” Of course, the idea of actually playing at the Special hadn’t really occurred to Amber and I, but Amber sent an email to Tony Lawson, and a few days later we were writing it on our calendar.

K: What’s next the next destination for the band?

JN: We’re staying in Knoxville. We’ll be playing on the 10th at Barley’s Taproom at 9:30 P.M. with Ian Thomas. We’re really looking forward to sharing the stage with him. Then it’s back to Cincinnati, where we’ll be releasing a 5 song Christmas EP called Sing the Season. It’s got some of our favorite yuletide tunes, along with two originals. And, in the spirit of the season, we’re giving it away digitally. Details on how to download free copies are available at shinyandthespoon.bandcamp.com, as well as a free download of our five favorite tracks from our album Ferris Wheel.

All images courtesy of Shiny and the Spoon, and by Kurt Strecker.