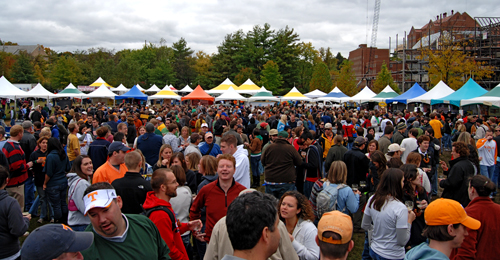 “Neither snow nor rain nor heat nor gloom of night stays these couriers from the swift completion of their appointed rounds.” – The Postman’s Creed, 1912

Apparently, beer drinkers have a code, too: “Neither rain nor gloom of cloud coverage nor cold nor mud nor coinciding UT football game stays these beer drinkers from the swift consumption of the over-abundance of beer.”

Brewers’ Jam of ought-nine was overly gloomy from the onset. Standing on the outside, at the front of the line, under the ever presence of ominous cloud coverage, one had time to think the Jack-Handy-esque thoughts of the out times. Is Universal HealthCare good for our country as a whole? Should we still have troops stationed in the Middle East? Why can’t Jon and Kate make it work out? How are we going to save our fledgling econo… what’s that? Brewers’ Jam is now open? Lets get our proverbial drink-on!”

Yup, that’s right. For that period of time from the beginning to end of Brewers’ Jam only one thing mattered… one must try as many beers as possible before they run out. Sure it was muddy. Pretty chilly, too. But the copious amount of beer and fantastic music made it, as always, worthwhile. 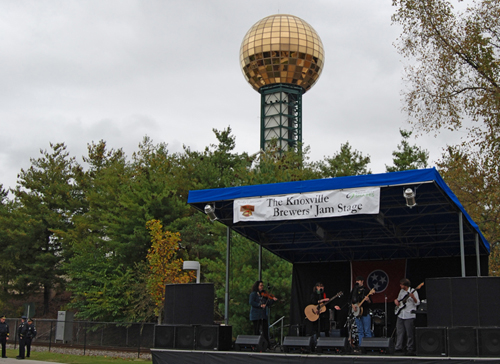 As far as bands, the line up was a good mix. First up was the charming-despite-their-name Centralia Massacre, followed by a different look / sound for Bobby Bare Jr., the Bobby Bare Jr.’s Young Criminals Starvation League. Last time I caught Mr. Bare Jr. his band was sans-saxophone. Nice addition. Then came the happily-irreverent [in a good way!] Cutthroat Shamrock. Finally, the incredibly underrated Brendan James Wright and the Wrongs took the stage. Wright and company define what makes the Knoxville music scene so utterly wonderful.

At the end of the day [or a wee bit earlier for me because, as much as I love my beer, I love UT football even more], Brewers’ Jam is the same as it is every year, no matter the conditions. A wonderful gathering of like-minded, beer-swilling comrades. For a moment, we all lived Rodney King’s dream, and got along. 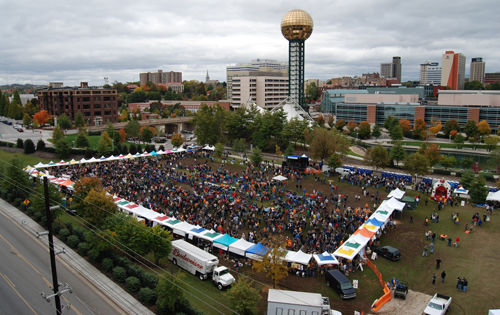