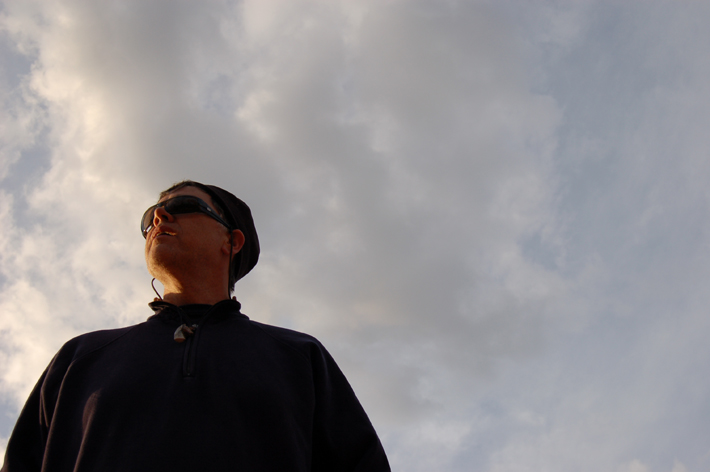 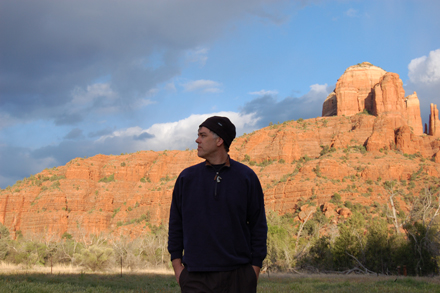 Todd Steed is a legend. Not in his own mind, but as pure, unadulterated fact. He started out, like a lot of other rockers, playing in a rock band during his formative years of attending high school. Moving then on to the perennial favorites, Smokin’ Dave and the Premo Dopes [which included Tennessee Shines housebound leader, Dave Nichols], Steed got to tour wide and far. From there he went on to work a multitude of jobs, taking him far, far away from Knoxville. But he always came back. Always.

Knoxify: You’ve been a television broadcaster in Lithuania, and traversed the country playing with bands like The Replacements, R.E.M. and the great Loudon Wainwright III. What keeps bringing you back to Knoxville?

K: You and John T. Baker are staples in Knoxville’s music scene. How did Music For Bus Stations come about? How long was it in the works? I’m guessing that the title is a play on the first in Eno’s series of ambient albums, correct?

TS: I’m glad you even know about this record. I had been making rock records since 1987, so I felt like it was time to do something completely different. I love those Eno ambient records. So, yes, this very much inspired that. This is kind of redneck ambient — and it has some humor in it, which most ambient music is free off. Probably for good reason. But John and I just made a bunch of loops, did some field recordings. Then I learned how to edit music. It took months, but it was really enjoyable even though tedious as the recording gear I had was primitive. Right now I’m working on a Self Help Record: one part ambient, one part satire, one part serious, one part spoken word, one part Part.

K: In that same vein, how did you become involved with Ampient Music?

TS: Ampient Music is sort of an outgrowth of Music For Bus Stations. After that record came out, I would occasionally get together with rock musicians who liked to do formless music. Just for fun and sometimes for recording, which is also fun. When Big Ears came to town, we wanted to participate. So I called up Bob Deck, George Middlebrooks and John Baker, and gave us a name based on the fact we were all guitar players. Then we just keep inviting other people to join. We now have about 20 musicians.

K: You were the the Music Director of WUTK back in the day. What lead you to produce Improvisations on WUOT?

TS: I had a jazz show with David Nichols on WUTK called Pioneers of Jazz. So, I’ve always loved jazz and always loved radio. I love an entertainment medium where I don’t have to look at it. My friend Zulu Dunthorn called me and told me there was an open slot down there. So I ran down there and applied. I lucked out and got the gig. I am now a regular WUOT employee. This makes me very happy.

TS: Regina Dean, the director of WUOT, suggested this idea, and I ran with it. I later added the ‘Flipside’ show where artists spin their most inspirational records. I have really loved doing both shows, and have gotten to meet a lot of great musicians through it.

K: Awhile back you played alongside two other respected, elder statesmen of the Knoxville music scene: Mic Harrison and RB Morris. What brought that to fruition?

TS: At this point, what really interests me the most is collaboration. For some reason, I have trouble just hanging out. I need a project to hang out with people on. Everybody who wants to has seen me, Mic and RB solo numerous times. But nobody has ever seen us do a three-man thing. I did a similar sort of thing at the Bijou with RB, Jill Andrews, and Scott Miller. Mix it up, I say. That’s why I am doing a Self Help Record (Unmind, A Solution For Modern Living) with Bob Deck. It’s also why I am playing guitar on a new Kat Brock Rocker Opera project. Working on music with someone is one of the best ways to get to enjoy another person’s brain and good company. This summer I engineered Scott Miller‘s Christmas record in the middle of July. Maybe I’m not qualified, but I couldn’t resist working on it so I begged him to record it at Apeville and he caved in. We had a blast.

K: You’ve played the mentor role to many a Knoxville musician. What’s your thoughts on the evolution of the music in town?

TS: It just keeps getting bigger and better. Bands here seem to avoid high fructose corn syrup which makes for some great music.

K: The record industry in general?

TS: It’s a mess. I’m glad I don’t depend on making records for food. But I have to say I take a modicum of pleasure in watching the big corrupt record companies go down the drain. On the positive side, it’s really great to see independent music stronger than ever. That’s where the best stuff is getting made these days. Hopefully, all these changes will sink the music biz sharks, and leave the honest music biz folks on the surface. Call me a dreamer, but I can see that happening in the short term. But in the long term, the sharks will probably regroup, be worse than ever, and use all these liberating tools against the musicians.

TS: I think I’ll have some breakfast. And hopefully finish this Self Help Record so it will be out in time for Santa.

You can keep up with Todd’s travels at his official site and on Twitter.