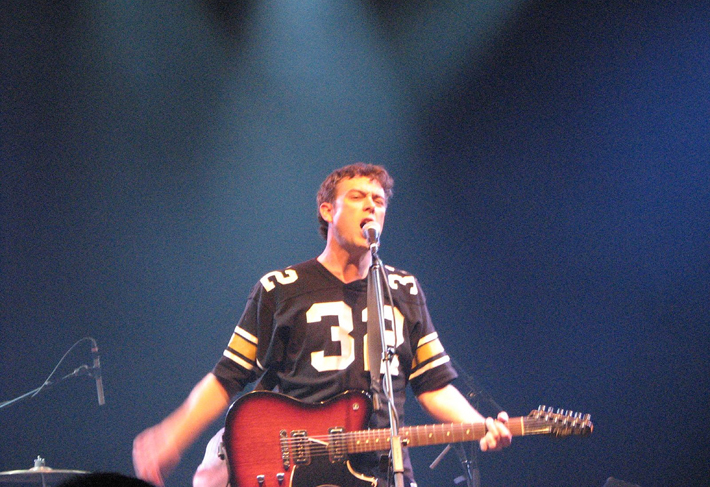 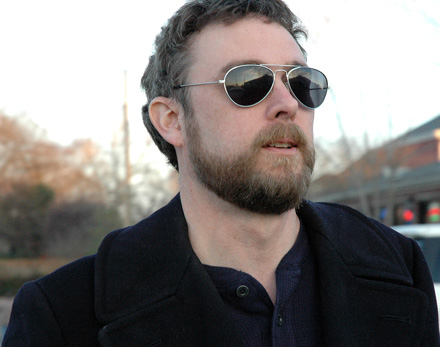 The image of Scott Miller in a Santa hat makes me chuckle. I’m pretty sure it’d never got that far. At least, I hope you couldn’t feed the man enough High-Life‘s where that’d seem like a good option. All that said, Mr. Miller [of The V-roys, Blue Collar TV and his accom… accomp… the fellas that play along side, The Commonwealth] churned out one heck of a Christmas album. We chatted with Scott on the odyssey behind the album. As a bonus, be sure to check out Scott’s take on the traditional “Joyful, Joyful” at the tail end of the post.

Knoxify: Why a Christmas album now?

Scott Miller: I love a holiday when families get together, I love baby Jesus, and I love music. So if there is another holiday with three of those let me know, I’ll do an album for that too. I’ve also been doing a show before Christmas (and the week after the SEC Championship game) at the Down Home in Johnson City for a number of years now, and have always tried to bring a new song for each season. After a while I ended up with some Christmas songs. So why not a Christmas record? Neil Diamond has THREE!

K: What went into the song selection?

SM: Self appointed A&R man for F.A.Y. Records, Johnny Wright-wing, chose the songs. He did ask me for a suggestion or two, but I don’t think he really listened as he was on his cell phone the whole time we were meeting (He was trying to organize a Barbara Streisand blue-grass album to be released in Canada). I love that guy, he’s always working.

K: Were there any more songs that crossed your mind?

SM: Mic Harrison and I had been working on a song called “Honky Tonk Christmas.” I was trying to finish that one day during the recording when “Yes, Virginia” sort of popped out.  Maybe I’ll add new songs later and “re-gift” this “Christmas Gift.”

K: You worked with Todd Steed at Apeville on this album. What was that experience like? How long have you known Todd?

SM: Todd was one of the first people I met when I moved to Knoxville some 20 years ago. I stayed anyway. I kid, of course. Todd is one of Knoxville’s treasures of an artist. I’m also lucky to call him a friend. Working with him is the best of both of those worlds.

K: You got some perennial Knoxville favorites to come out for this record, including Peggy Hambright, Hector Qirko, R.B. Morris, along with the aforementioned Todd Steed. Was it difficult to get actual work done? I imagine the scene was a pretty jovial one.

SM: All those musicians, to the man or woman, are perpetually LATE and totally unprofessional. I was seconds  away from calling Nashville to get some “real” musicians…. (THAT WAS SARCASM). They are all very kind and very talented. Hector was moving the next day, yet still made time to come over and record. That crew are what make this town so special.

K: Your annual New Year’s Eve show looks to be a doozy again this year, playing alongside your former bandmate Mic Harrison at The Shed. How did that come about?

SM: Mic and I have played many a New Year’s Eve together. I wouldn’t know how to start a new year with out him!

Please help support local businesses and one particular musician by purchasing Scott’s latest, Christmas Gift, at the Disc Exchange. You can follow Scott on his official site, Facebook, MySpace and Twitter.