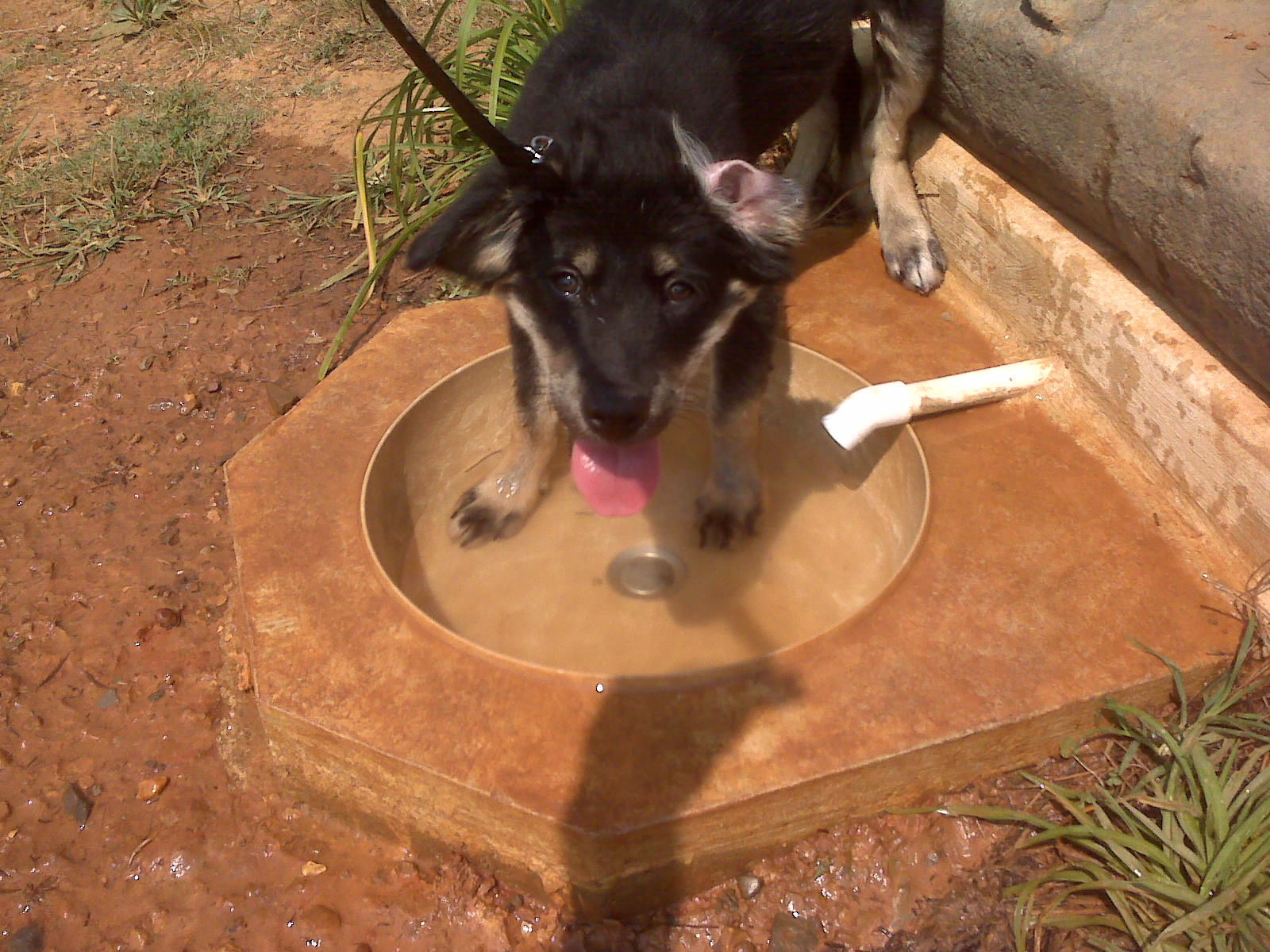 “I think dogs are the most amazing creatures; they give unconditional love. For me they are the role model for being alive.” ~Gilda Radner

In an attempt to create golden childhood memories for my son, I recently caved in to his repeated requests for a dog. I conjured up hazy images of Mac running across the yard in slow motion tossing a stick to his faithful companion. Or sitting by the lake with a fishing pole in his hand, accompanied by his stalwart canine sidekick. Maybe I’d watched too many episodes of “The Andy Griffith Show.” 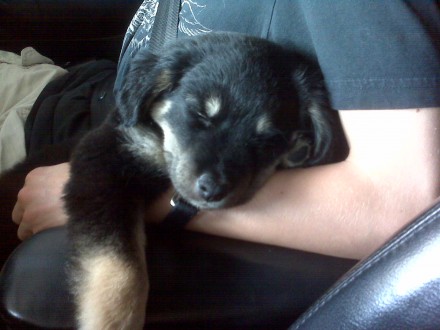 So, when a Twitter pal tweeted pictures of her sweet batch of fresh puppies, I gleefully claimed one in a rush of sentimentality and delusion. Who was I kidding? I’ve had cats my whole life – cats that housetrain themselves, groom themselves and then ignore you unless they want to be fed. Cats are a study in self-sufficiency.

Neither my son nor I was prepared for the bumbling rush of dirty paws and puppy breath that have become a daily part of our existence this summer. Caring for our new pet was to be Mac’s responsibility. He’s 15 now, not yet working, so it seemed like a good summer project. “Seemed” is the operative word here. “High maintenance” does not begin to describe Henry Dog.

People told me dogs were pack animals who liked to be near their humans – a lot. But now that Henry has tripled in size over the last three months, his sitting on my lap in the car is getting downright dangerous. And the fenced-in backyard where our cat, Richard Parker, enjoys his solitude is torture to Henry if we’re not out there with him every single moment.

In an attempt to contain his puppy exuberance, I take Henry to Lakeshore Park to walk the loop in the heat and humidity. At first he couldn’t make it all the way around and had to be carried intermittently. Even once Henry got his land legs, he had to stop and greet absolutely every human – flopping on his back in a shameless flaunt of irresistible puppy belly. With his own kind, Henry was more reserved. In fact, he was scared of other dogs at first. 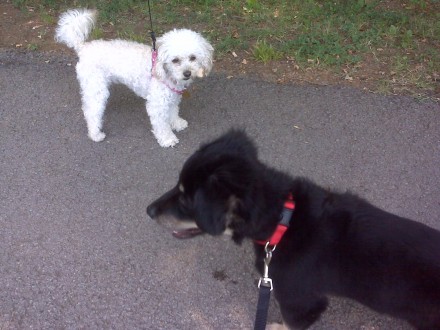 Like a page from Go Dog Go, we’ve encountered big dogs and little dogs, feisty dogs and snappy dogs. Henry was terrified of one particularly aggressive Dachshund who charged at him from between his owner’s legs until the leashes became hopelessly entangled … and Henry was howling like a stuck pig.

Speaking of howling, Henry is a Tasmanian Howler Dog, an extremely rare breed that dates back to Eastern Europe during the Middle Ages, when they were used to hunt werewolves. Not really, but it’s more fun than saying he’s a mutt.

As the temperatures soared in June and July, Henry and I walked. And walked. And walked some more. He grew to enjoy our little Lakeshore adventures, where no smell is too insignificant, no blade of grass too ordinary to ignore. Henry runs bravely ahead, ears inside out, headed nowhere at full speed. 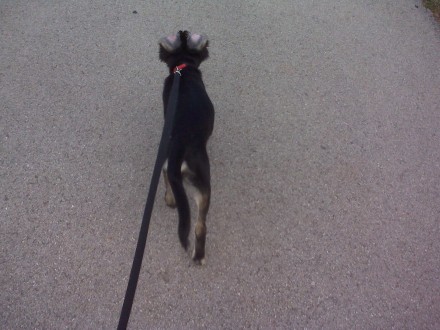 The recent addition of a dog fountain at Lakeshore has been a Godsend for us. Henry uses it like a birdbath, splashing and sitting in it, as well as drinking from it. 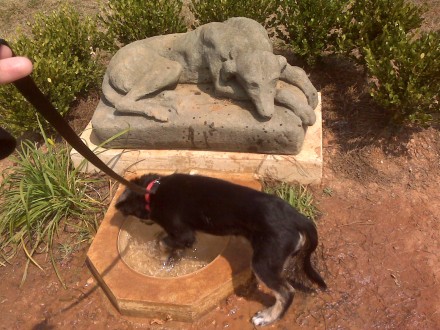 Henry is always desperately glad to see us, whether we’ve been gone for five minutes or five hours. He looks up at us with a sweet expression of guileless affection … I feel like the Grinch whose small heart grew three sizes. Henry is stinky. He slobbers. He eats sofa cushions and chews flip-flops. He nips at our heels and bites the hands that feed him.

But his love and faithfulness are abiding.

“My little dog – a heartbeat at my feet.” ~Edith Wharton 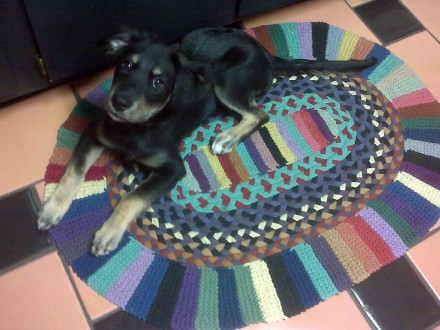