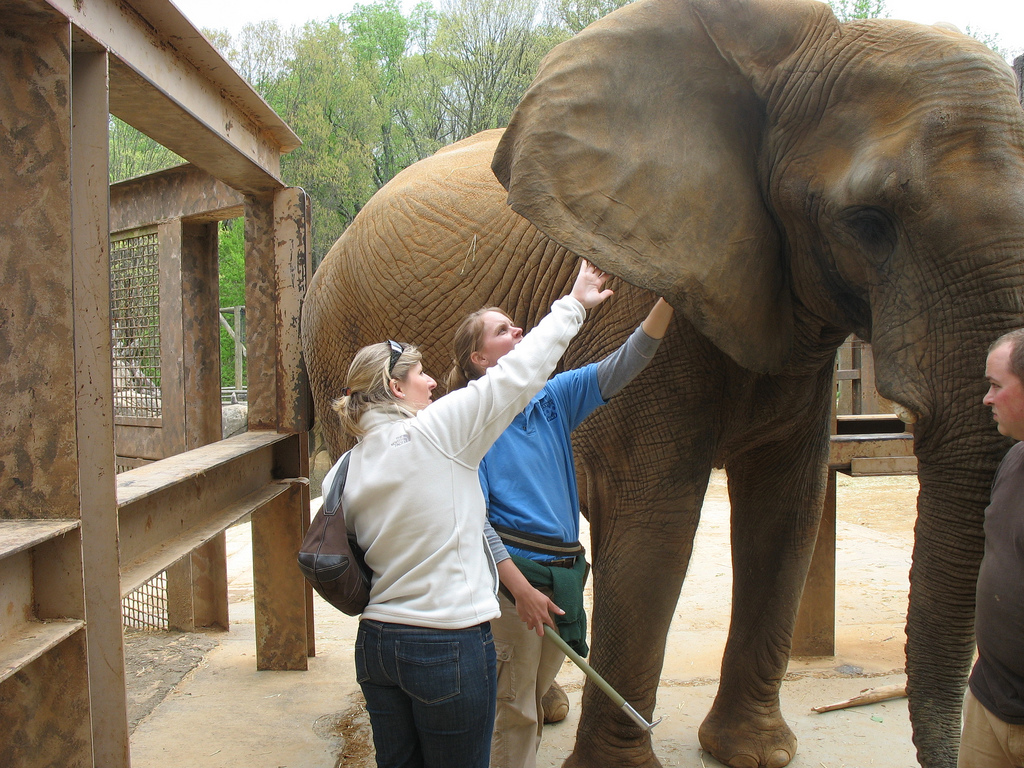 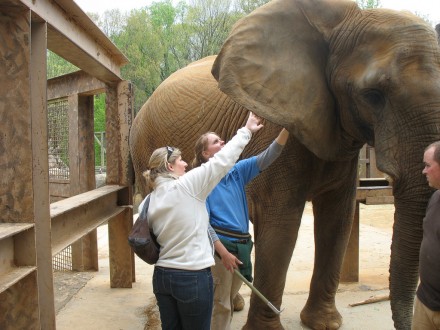 Stephanie shows Cassey Peters how medicine is administered to elephants, behind the ear.

This past weekend, we were shocked to learn that Stephanie James was involved in a fatal accident involving one of the elephants.

In 2009 the Knoxify crew was fortunate enough to see the Knoxville Zoo from behind-the-scenes. On that tour we got to interact with the elephants and meet keepers Todd Naelitz, Adam Campbell and the late Stephanie James.

Our tour only lasted a few hours so our time was limited at each station. At the elephant barn we got to meet Stephanie who was as nice as anyone we had been around. She had a gentle way of engaging both people and the animals she worked with.

During our brief time with her on the tour, Stephanie fielded all of our questions and even went out of her way to show a pharmacist on the tour where and how medicine is administered to elephants. We would like to send our sincere condolences to the James family during this difficult time.