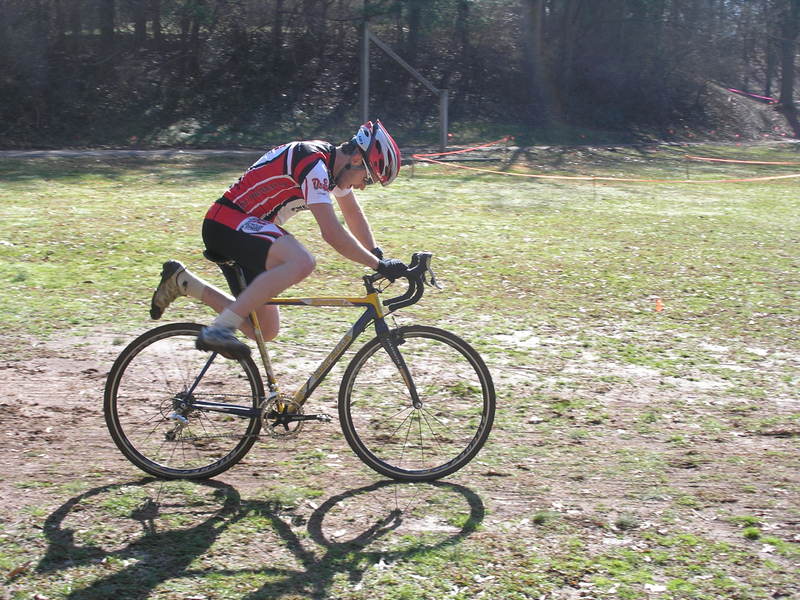 College football season is over. You’re broke from Christmas shopping. And there’s nothing to do in Knoxville during the winter.

This past Saturday marked the first race of the 2008 Knoxiecross cyclocross series, with races held at three different parks in the Knoxville area (results are available).

Highland Adventures Guide Service has managed the series in its inception several years ago.

Cyclocross, which I’ve written about on my personal Web site, can be described as:

…a style of racing using [what amount to] modified road bikes off-road usually in the fall to winter months. Races last from 30 minutes to one hour, and often require riders to dismount their bikes to negotiate hurdles and other obstacles around the course.


Cyclocross racing is very intense. Most racers are anaerobic during the entire race.

The races are usually held in parks or other closed-circuit venues with plenty of room for spectators.

And because cyclocross season lasts from October to February, the weather can be unpredictable. The chance for rain or snow makes for challenging courses.

The Knoxiecross series is only one of several cyclocross series in East Tennessee. Probably one of the most-attended is the Mud, Sweat and Gears series held at venues two hours east in Johnson City and Bristol.

North Carolina also as an excellent series that features some established competition.

Saturday was my first time racing the Knoxiecross series, which marked its start at Morningside Park near downtown. About 60 racers participated in the race.

The next race in the series will be held at Victor Ashe Park on January 27. The final two races will be at Melton Hill Park in Hardin Valley.

If you’re looking to experience something new in Knoxville this winter, I encourage you to come watch a cyclocross race. And don’t forget your cowbell!