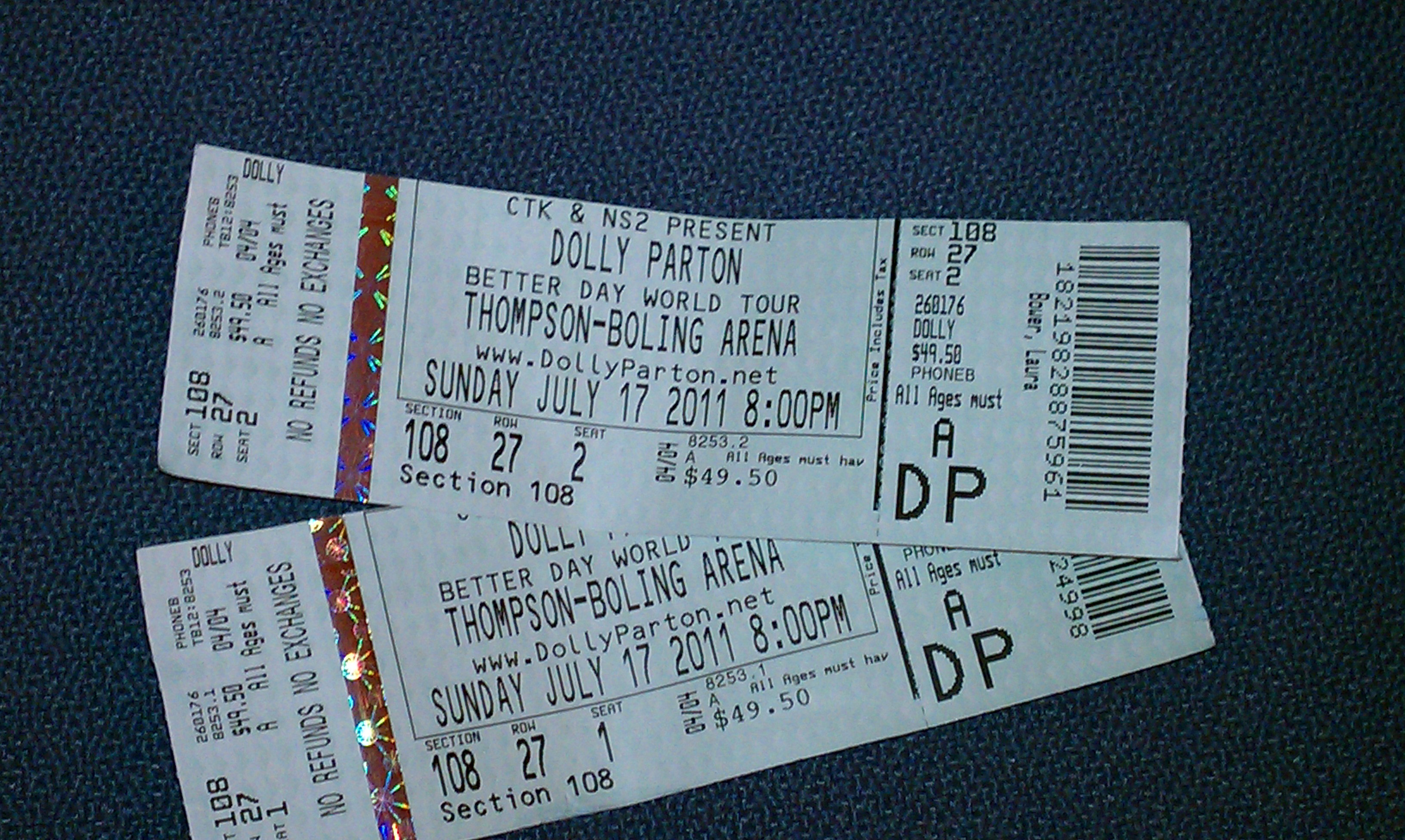 Everyone knows the words to “Islands In the Stream,” and we proved it Sunday night as a packed house of bewigged and cowbooted Dolly wannabes sang and stomped our way through this cheesy pop favorite. We didn’t even miss Kenny Rogers. Then there was the forgettable Hannah Montana cover in honor of Dolly’s goddaughter, Miley Cyrus. The little girls in the audience screamed through that one. And we all got a rollicking kick out of “9 To 5” – Dolly’s classic take on women in the workplace circa 1980 from the movie staring Parton, Lily Tomlin and Jane Fonda with Dabny Coleman as the stereotypical sexist boss. Remember, “we’re just a step on the bossman’s ladder”? It’s catchy stuff. 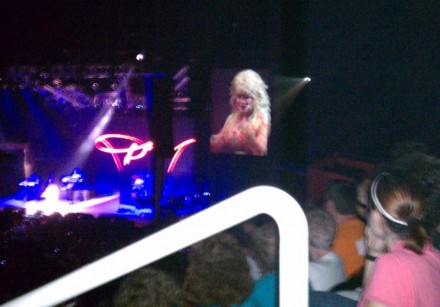 But I had come for something more. I longed for the pure, sweet bluegrass voice that only Dolly Parton possesses, like a crisp clear morning in the Smokies. Because when she sings like that, I feel it … over here on the left side. I was not disappointed with Dolly’s achingly beautiful a capella rendition of “Little Sparrow” from her critically acclaimed album, “The Grass Is Blue.” Dolly sang it with emotion, but only after she apologized to the audience for having to sing a “sad song.”

Dolly is nothing if not upbeat. Her rags-to-riches story and self-deprecating hillbilly humor are trademarks of her shows.

“I buy my clothes two sizes two small, and then I have ‘em taken in.”

“Did you know that country music mixed with rap is crap?”

“Mamma always had one in her and one on her.” – a reference to Dolly’s large family and always-pregnant mother.

And of course, Dolly made the requisite remarks about Botox and collagen and keeping her hair on straight.

She was caffeinated and perky as she sailed through an upbeat opening medley featuring Katrina and the Waves “Walking On Sunshine” and later, remarkably, she did covers of Led Zeppelin and Beatles songs. She played banjo, saxophone, piano, dulcimer, harmonica and acoustic guitar. She danced and pranced across the stage in red beaded Capris. Even as I clapped along, I was dying for her to sit down and sing something slow and soulful.

Dolly plugged Dollywood and her upcoming movie with Queen Latifah. Ok, you’ll just have to wait for the January release of “Joyful Noise.” No spoilers here. 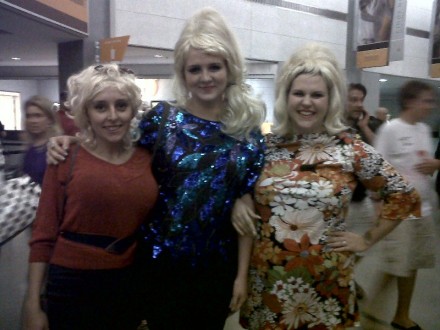 Highlights for me were Dolly’s bluegrass version of “Rocky Top,” performed in orange spandex leggings with some sort of blousy thing over the top, and her encore performance of the song Whitney Houston made famous, “I Will Always Love You.”

But I craved more angst. More heart. More truth. Dolly did only an abbreviated version of “Jolene,” seeming almost eager to get through it and on to the next upbeat number. It was as though she wanted to fill the audience with rainbows and butterflies rather than heartache.

She did slow down her happiness-on-crack performance long enough to embrace her childhood memories and perform a poignant version of “Coat of Many Colors,” proclaiming it her favorite song. And you could have heard a false eyelash drop during her performance as the crowd stilled.

Dolly was performing in Knoxville for the first time in 25 years, and she acknowledged her start here on The Cas Walker Show. Proceeds from Sunday’s concert were for Dolly’s Imagination Library, which sends 700,000 age-appropriate books each month to pre-school children around the world. Dolly gives back. And she never forgets where she came from. Her roots are just down the road in Sevier County. She’s is always mindful of the past and grateful for life’s lessons learned back in the “holler.”

I just wish she hadn’t tried so hard to entertain us and cheer us up with happy talk and pop tunes. Because Dolly’s at her best when she’s channeling her inner sparrow and not caring a lick who likes it.