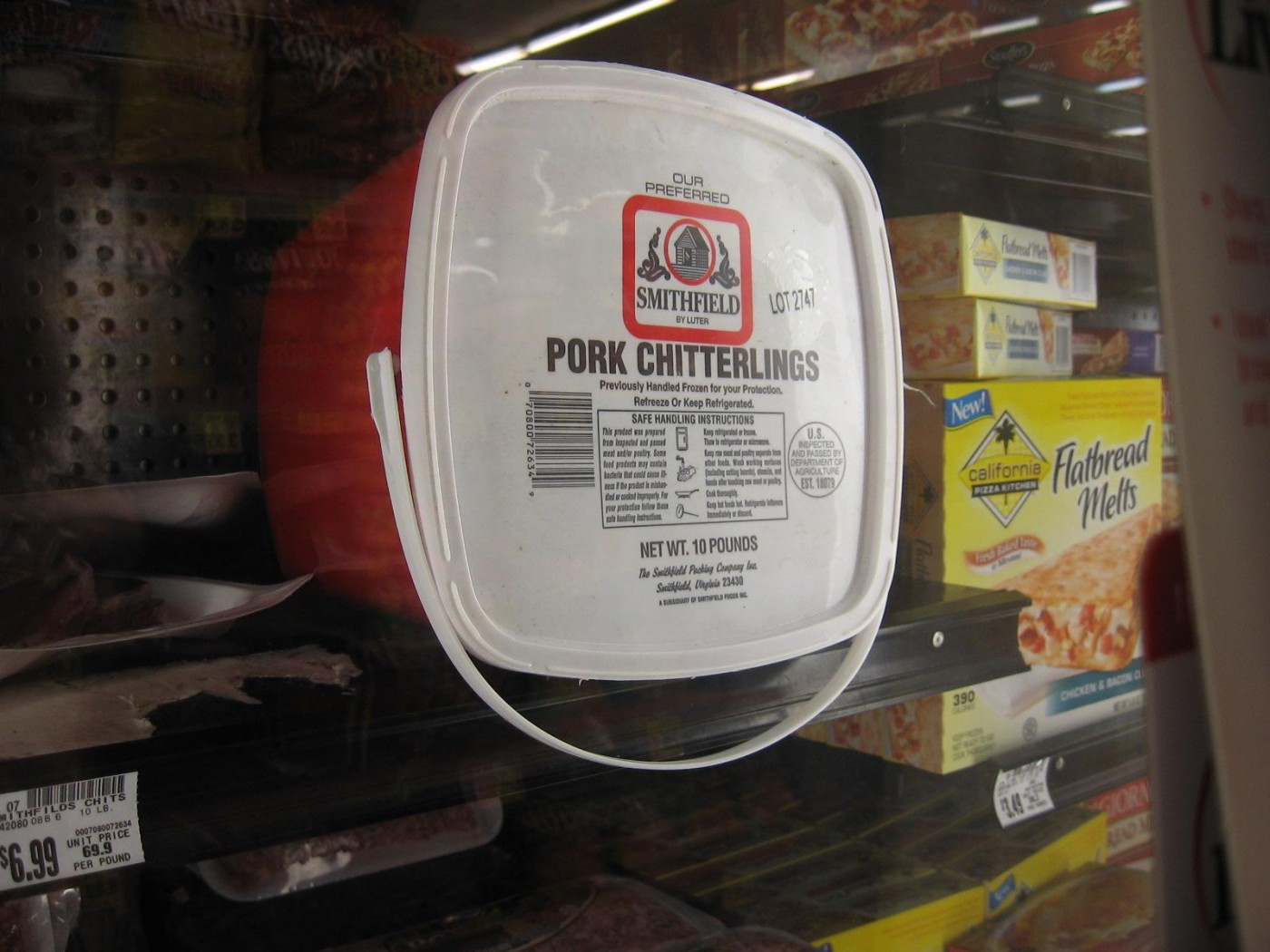 Frederico Fellini was an idiosyncratic Italian film director renowned for blending fantasy and baroque images into his work. A cinematic pioneer, Fellini created what critic Robert Richardson referred to as an “aesthetic of disparity” in his films, abandoning traditional plot and character development in favor of a “disparate succession of sequences” to create a “cumulative impression.” Fellini left a fascinating legacy, including the term “paparazzi” derived from Paparazzo, the photographer friend of journalist Marcello Rubini, played by Marcello Mastroianni in La Dolce Vita, Fellini’s iconic flick. Fellini, who once worked as a clown, died on Halloween in 1993. 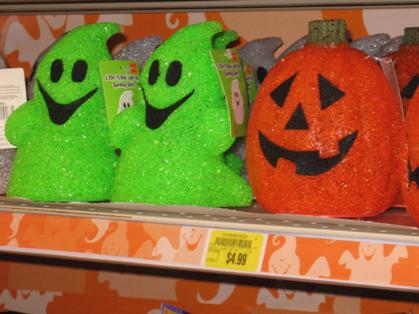 Speaking of La Dolce Vita, I recently visited the Kroger on North Broadway, affectionately known as the “Fellini Kroger.” A regular patron of the more mundane Kroger at Knox Plaza in Bearden, I’d heard urban legends of mythic proportions about this infamous grocery store on the other side of town. I was expecting to encounter bizarre underworld characters, as did Marcello, whom Richardson referred to as a kind of “Dantesque pilgrim” in La Dolce Vita. I wasn’t disappointed.

Upon pulling into the parking lot, I was immediately greeted by a floating face that manifested just outside my car window. This macabre visage mouthed the cryptic message “money for Burger King” so close to the window that the words fogged up the glass. I got the definite impression that the woman who wore this ghost-like countenance was interested in ingesting something more hard-core than BK Burger Shots. 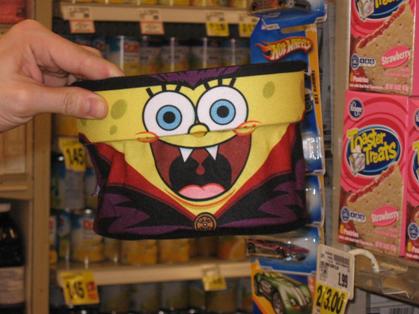 I entered the store, expecting to see Woody Harrelson playing “Dueling Banjos” at the end of the snack-food aisle – a siren’s song to zombies in Hollywood’s latest “zomedy,” Zombieland. Instead, I saw a frazzled but friendly check-out clerk, with the weight of the world on her shoulders. A tiny elfin woman, jauntily wearing a Greek fisherman’s cap, was perched nearby on an elder-mobile.

Savannah is 84 years old and hails from Chicago, although she’s lived in Knoxville for years. Her voice sounds like she’s just taken a hit of helium, a lost member of the Lollipop Guild from Oz. She rides her scooter-thingy four miles from her son’s home every day to hang out at the Fellini Kroger, where she directs traffic, bosses around the employees and keeps a sharp eye out for thieves. Her claim to fame is helping to apprehend a man with $102 of ribeye steaks stuffed down his pants.

Cindy is a check-out clerk who works the graveyard shift from 10:00 p.m. to 6:30 a.m. After her husband committed suicide, she missed four months of work and lost her seniority. Upon her return, she was summarily demoted and transferred to the Fellini Kroger. Her doctor has since prescribed Vitamin D, because Cindy sleeps all day and gets very little sunlight.

Cindy and Savannah are far from the strung-out zombies I expected to meet late on a Friday night at the Fellini Kroger. They both told me their stories with little prompting, as if they’d been waiting for me to come and listen. Savannah, eccentric and feisty, finds purpose, if not joy, in life by making herself useful at the neighborhood grocery store. Cindy, although beaten down, has not given up. She has that steel backbone, characteristic of strong Southern women, who find a way to persevere like sidewalk dandelions. 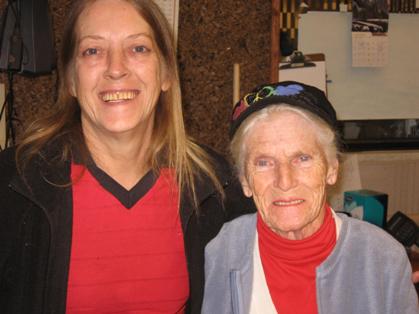 I wandered around the store and bought a few things: rubber gloves and orange juice. The other shoppers were wary of me, keeping to themselves, not wanting to engage. Not one of them had heard the term “Fellini Kroger,” didn’t know what it meant and didn’t care. An off-duty policeman refused to have his picture taken as he put a few random items in his basket at the end of his shift. 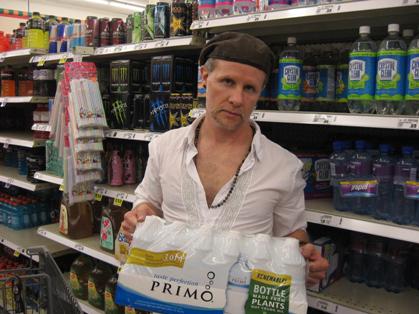 A lot has been written about this Knoxville institution, some of it by our own blogger extraordinaire, Katie Granju. There’s even a “Friends of the Fellini Kroger” Facebook page. But my takeaway on this particular Friday night was that the legend looms larger than life. My field trip was more real than surreal. I did meet a chatty transvestite named Lisa, shopping with her mother. Lisa attended Rule High School and has lived in North Knoxville all her life. Although she bemoaned not having on her lipstick, she gamely posed for a few head shots. Her mother declined to be photographed. When I turned to go, Lisa cheerfully returned to her late-night shopping, “Momma, we need some bananas.” 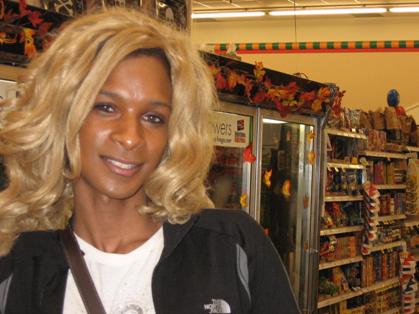 The truth is, I felt as much of a connection with these “characters” as I do with people I encounter in my regular day-to-day life, maybe even more. We’re all lost souls, struggling to find meaning in the madness. There’s a sense of alienation and a longing for connection that are universal to the human condition, no matter what masks (or wigs) we wear – or where we buy our groceries.

As I hugged Savannah and Cindy goodbye, I was overcome by what Richardson described as the “sense of the disparity between what life has been or could be, and what it actually is.” Maybe “Felliniesque” embodies our shared existence, and the Fellini Kroger on North Broadway is not just a place, it’s a state of mind. 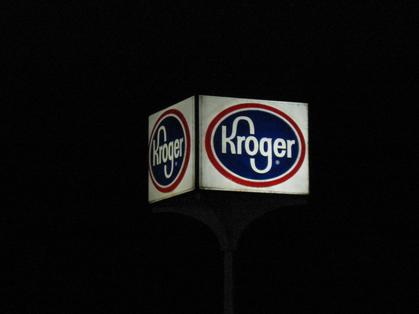