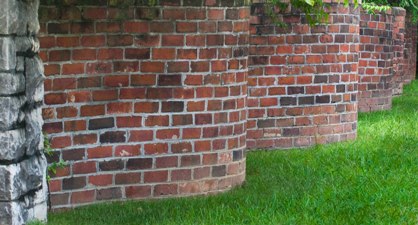 As good a place to start as any, Kingston Pike is probably the best known of Knoxville’s five spoke roads and, in many ways represents a micro-view of Knoxville history, from the mid-1800s thru the mid-1900s. The Pike is one of Knoxville’s earliest roads dating back as far as 1788, apparently.

Located on Kingston Pike, the brick wall (picture to the above) is one of the road’s most recognizable features. It was built by members of the Armstrong family. Earlier, antecedents of the same family were also responsible for building the Crescent Bend/Armstrong house (below). 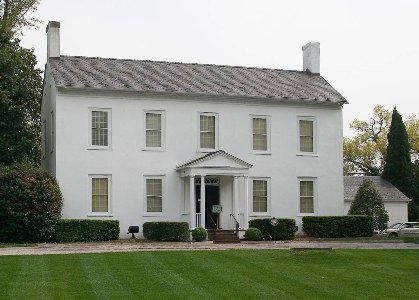 Built in 1834 by D.P. Armstrong, the Crescent Bend/Armstrong house is thought to be the oldest house on its section of the Pike. Originally part of a 900 acre farm, the house is now a museum and host to weddings and other special events.

Bleak House, (shown below) built by Robert Armstrong, was built by of hand-made brick by slaves, and later served as the headquarters of Confederate General James A. Longstreet. It was in the tower of this home, that Confederate sharpshooters shot Union General William P. Saunders, during the siege of Knoxville. He died of his wounds a few days later. Bleak House, also known as the Confederate Memorial Hall, is now a museum.

One house you most likely have not seen is the Hugh Sanford house, designed in 1926 by Harrie Lindberg, a well known architect of country estates for prominent northeast families. The house, shown below, is owned by and sits behind the First Methodist Church and is used today by the church for a variety of purposes. 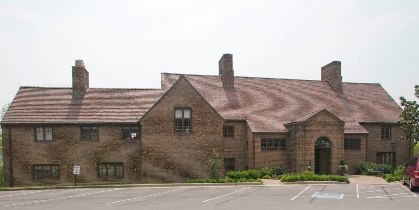 The William F. Searle, Jr. house, built in 1927, was designed by well-known Knoxville architects Barber and McMurry. It is currently home to the Knoxville Montessori School.

There are many other fine examples of architecture along this shaded and stately old road. They include fine old homes and some not so old. In addition, several prominent Knoxville churches have their homes along Kingston Pike. You can find photos of some of these homes here. It is worth the Sunday drive, when gas prices are reasonable, particularly if you also take the opportunity to travel down Cherokee Boulevard in Sequoyah Hills. And, who knows, you might find a softball game, a touch football game, or even a sword fight between a couple of old knights somewhere along the way.

Additional photographs of houses and other points of interest on this section of Kingston Pike can be found in my Gallery, here.