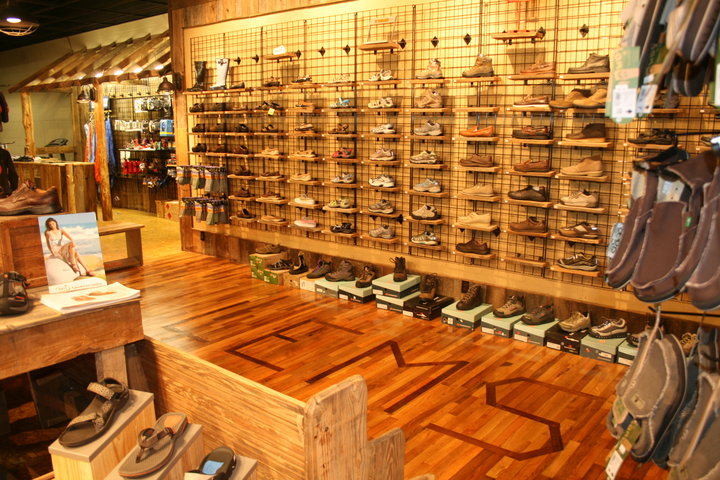 A few years back I used to bleed a different shade of orange. Clemson orange to be exact.

I spent a few hot summer months in the tiny college town of Clemson, SC working on my Master’s degree. Even though I didn’t hang around there long I quickly became addicted to the enthusiasm and tradition that surrounded the place.

When I recently heard that a Clemson guy was setting up a new business in Knoxville I knew something good was about to happen. Call me crazy but Clemson people just get it, whatever “it” is. Via a colleague I learned that “it” was Uncle Lem’s Mountain Outfitters.

Lucky for me Uncle Lem’s is just down the road, located in West Knoxville at 9715 Kingston Pike. A few weeks ago I paid them a visit to learn about the new store. 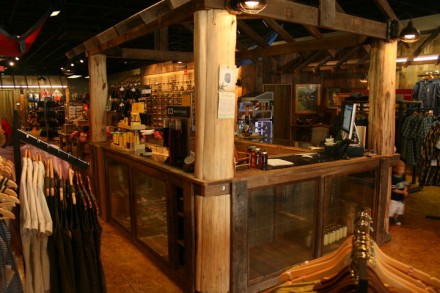 Cashier counter at the front of the store.

After making my way through the door I was greeted by Lee and Kevin Hill, the two brothers that created Uncle Lem’s Mountain Outfitters. With grins from ear to ear you could tell they were anxious to show me around the store that’s being constructed from fatigued barn wood and metal straight from a family farm. It’s a unique, rugged build-out that perfectly matches their product lines such as The North Face, Tilley, Rainbow Sandals, Patagonia and much more. 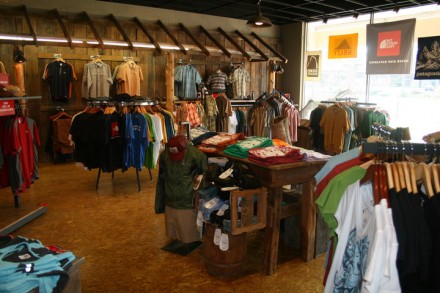 Clothing displays in the front of the store.

Both Lee and Kevin were born and raised in Knoxville and are great newphew’s of Uncle Lem Ownby, for whom the store was named after. In a museum-esque corner of the store, Lee explained to me that Uncle Lem was the last “life lease” resident in the Great Smokey Mountains National Park. 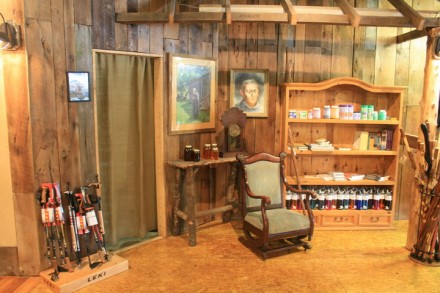 Corner of the store devoted to Uncle Lem.

Aside from all of the great, old traditions found in the store, there is an array of trendy new gear. The front and middle of the house is divided into mens and womens sections. Brand selections range from Tilley Airflo hats (made famous by Derek Dooley), Patagonia shorts and pants, Guy Harvey t-shirts, and North Face active wear.

If it’s Rainbow sandals, Sperry boat shoes or Reef flip-flops you seek, head towards the middle to back half of the store. Lee told me that they are one of the largest Rainbow sandal retailers in the area. 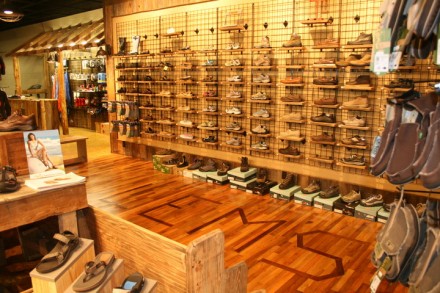 Racks of sandals, shoes and boots.

To prepare for your upcoming camping trip or hike along the Appalachian Trail, make your way to the back of the store. There you’ll find GSI Pinnacle Camper sets, Kelty backpacks, sleeping bags and more that this city boy wouldn’t have any use for. That’s why I stayed in the front of the store. 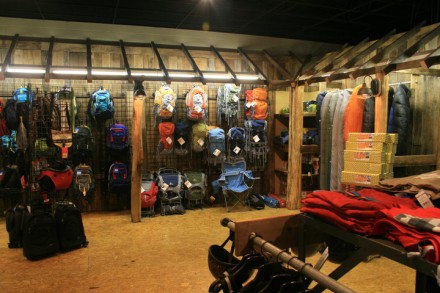 Packs, sacks and other gear.

Regardless of where I spent time in the store, it reminded me of a small piece of Clemson. You see, Lee (and maybe Kevin, too) also runs the Clemson Outdoor Adventures Outfitters Shop. There, they listen to their college-aged employees and carry the latest outdoor gear much like they do at Uncle Lem’s.

In my humble opinion, Lee and Kevin have went out on a long limb by opening this store, especially in West Knoxville. However, I believe their passion for the outdoors and deep roots in Knoxville will work in their favor. Uncle Lem’s Mountain Outfitters has “it”.