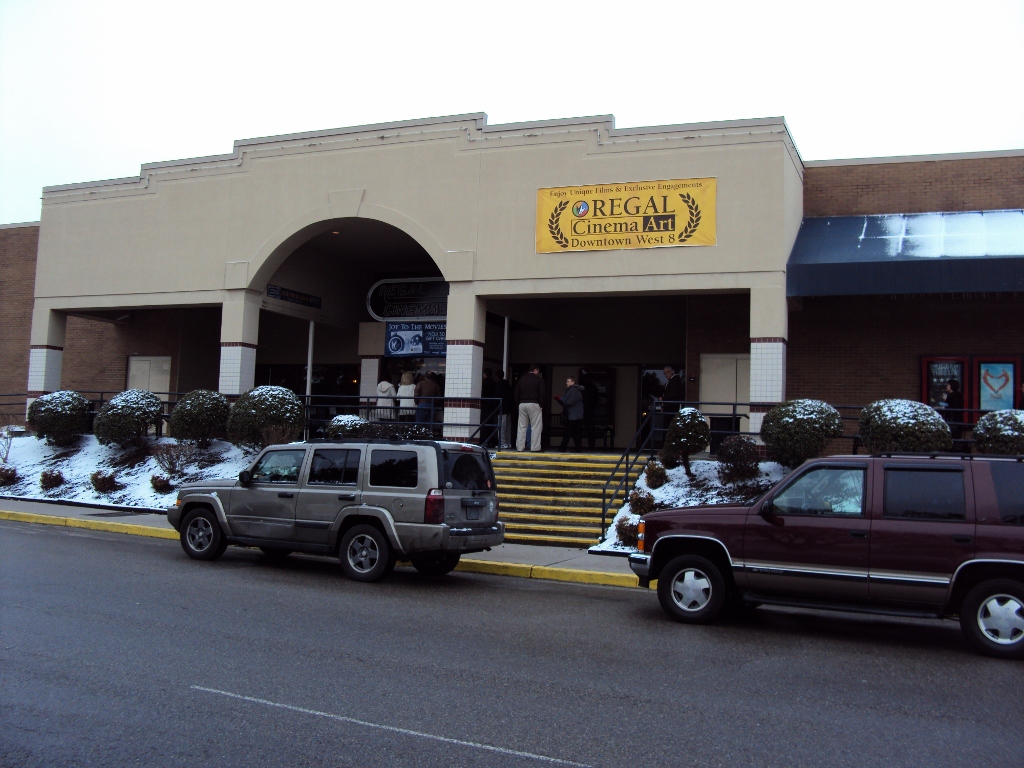 I’m sitting in the velvety darkness of the theater, empty except for me, peeling and eating a naval orange. I’m watching a clever British romantic comedy called “Tamara Drewe” while everyone else is out Christmas shopping. Of course, I’m at my home away from home, Regal Downtown West Cinema 8, a cozy unpretentious place to watch quirky, critically acclaimed movies. 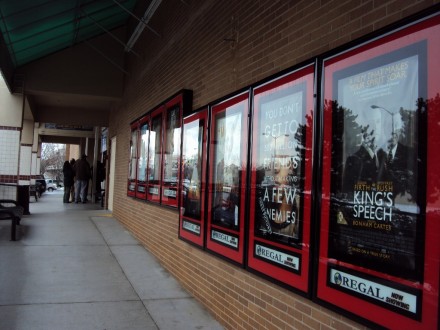 Movie posters line the wall outside of the theatre.

Let The Pinnacle at Turkey Creek have its sprawling parking lot, clogged with SUVs and Suburbans and its 3-D $25-a-person mega-hit blockbusters. I’ll trade the frenetic energy and cheek-to-jowl seating in high-backed La-Z-Boys for offbeat films that touch my soul.

Saw “Get Low” with Robert Duvall at Downtown West. Twice. Saw the whole Millennium Trilogy of Swedish films based on Stieg Larsson’s books. “Pan’s Labyrinth,” “The Orphanage,” “Riding Giants,” “Lords of Dogtown,” “Crazy Heart” and “The Secret in Their Eyes.” Took my son to see “Napoleon Dynamite” months before it went mainstream and became a cult classic. All at Downtown West, where the lobby is shabby but welcoming, and the staff actually watches the movies.

I’m on a Christmas vacation movie binge, procrastinating on holiday decorating, shopping and cooking to escape to the movies. It’s like being at the airport. You’re anonymous. You don’t have to speak to anyone. Time stands still. 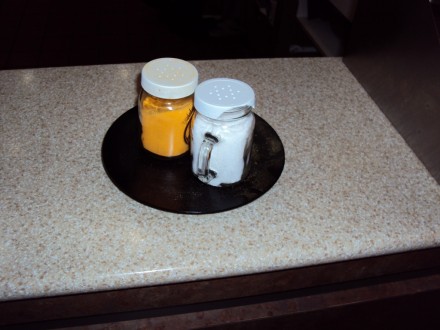 Ahh, real salt for the popcorn.

They actually serve small popcorn with real table salt. And no unpopped kernels or “old maids” as my Dad calls them. You can have your pick of mini Haagen-Dazs super-premium ice cream and Ghirardelli chocolate bars to balance the salty with the sweet. Or what the hell, just add M&M’s to your popcorn and call it a day. 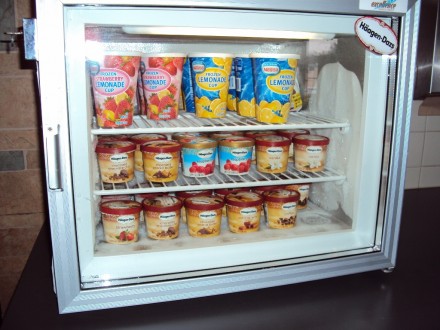 Had my first date in high school here after ice cream at Swensen’s across the street. Don’t recall much about the movie, but the evening stands out in my memory.

I remember seeing “Flashdance” here. Twice. I went home and cut the necklines out of all my Webb sweatshirts. It was a surprise hit that spawned iconic dance moves and fashion. Though you’ll be glad to know I never did embrace leg warmers.

Later, during graduate school, when I studied nonstop day and night, I allowed myself one afternoon off a week. I was thoroughly engrossed in academia except for that sweet Friday matinee at Downtown West.

“Black Swan” is a letdown. It tries too hard to be macabre and film noire. With the broken music box that serves as a hackneyed visual element in the film, “Black Swan” is like a bad student essay, overwrought and self-conscious. It’s poorly rendered mise-en-scène, where there are layers of reality within the unreality of the movie itself. Shades of Pirandello, but completely ineffective. Every thing edgy and interesting about the film ends up being a hallucination, except Barbara Hersey. Now she is scary. Who trims fingernails with surgical scissors? And someone else’s fingernails, at that. I know, right? 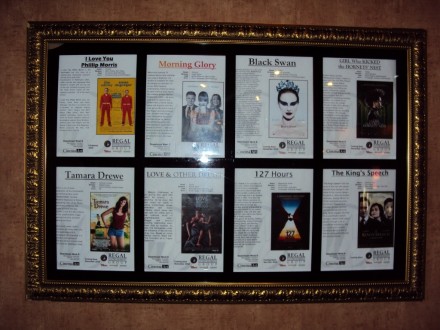 Short overviews of each movie.

So, the highly touted faux art ballet flick is a bust. But “The Social Network” is a masterpiece of understatement and authenticity. It rings true, whether it is or not. “127 Hours” is painful to watch but riveting. And “Fair Game” is fascinating to this almost-hired-by-the-CIA political junkie. What I love about the movies at Downtown West is that they make me think.

I come alone or with friends. It doesn’t matter. I feel safe here. That’s the secret of Downtown West. It has the feel of a neighborhood movie house. In fact, it’s so uncrowded and laid back, I sometimes worry that Regal will close it. But I hope they don’t.

It’s like the theater that time forgot. Not too big. Only one concession stand. Nobody cares if you bring your own water bottle. And, except for the plethora of handicapped parking spaces that form an empty perimeter around the building, it’s very accessible.

I turn off my mobile phone, after checking in on Foursquare. And then I tune out the housework, yard work, bills to pay, laundry to do, the meetings, emails, and projects. It’s like yoga in a way. I can be in the moment when I’m at the movies.

Life doesn’t stop, but I do. And when the popcorn’s eaten, and the Junior Mints are all gone, I simply leave, while the credits are still running. My temporary bliss is over. It’s back to reality until my next escape. The oasis that is Downtown West remains. 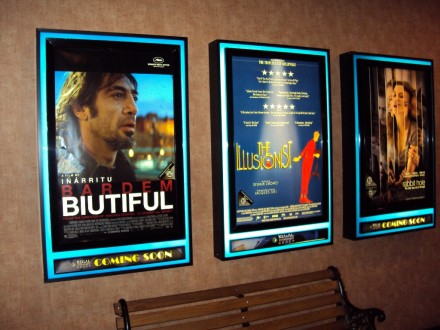 A poster ad for Biutiful.

I’m looking forward to “The King’s Speech “and Sophia Coppola’s bittersweet memoir, “Somewhere,” also “Biutiful” with Javier Bardem, who is beautiful. So many movies. So little time.