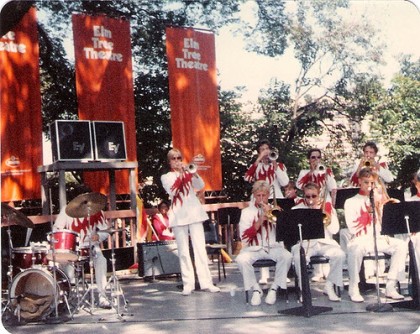 The 1982 World’s Fair gave us more to talk about than just cultural exchange, painting robots, and Petro’s. One day after the fair ended the largest Knoxville-based white-collar crime investigation in history hit the fan, throwing fair-leader Jake Butcher behind bars for banking fraud.

For six months Knoxville basked in the global spotlight, all while catching a new nickname from the New York Times, “a scruffy little city”. Perhaps the Times should have organized the event themselves seeing as how “scruffy” wasn’t the name-tag you wanted to adorn in the ’80s.

Even after all those years Knoxvillian’s still stand proud today as the curators of the world’s largest disco ball. Eat your heart out John Travolta.

Some said Knoxville couldn’t do it but we did. Many said we couldn’t pedal retro-styled fair tee’s almost 27 years later, but we are.

To those that remember the fair and to those still scratching your head because you’re too young to remember, we present twenty images of the 1982 World’s Fair courtesy of flickr user and Knoxvillian, bellawest. 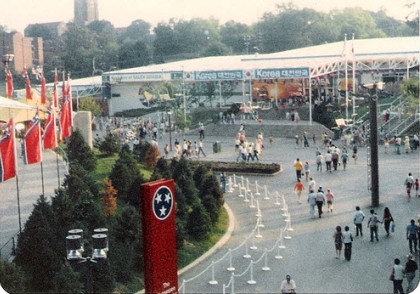