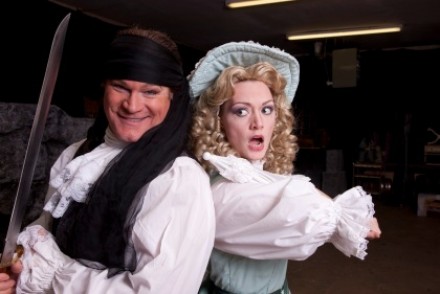 David Keith got into acting to meet girls. Or so he claims.

Keith explains that he never got involved in the emotional side of his career, meaning he didn’t buy into the Hollywood hype that derails so many young actors. Nor does acting define his identity. “I got paid to have fun,” he says with his trademark crooked grin. So when Brian Salesky, executive director of Knoxville Opera, made Keith “an offer he couldn’t refuse,” he agreed to tackle a very different kind of role – that of the Pirate King in Gilbert & Sullivan’s beloved operetta, The Pirates of Penzance, coming to the Tennessee Theatre March 12-14.

Keith professes to be filled with “mortal terror” as he faces his operatic debut.

Salesky’s more confident: “David is perfect for the part. His character is rugged, manly and exciting.”

In a word, David Keith’s got swagger! 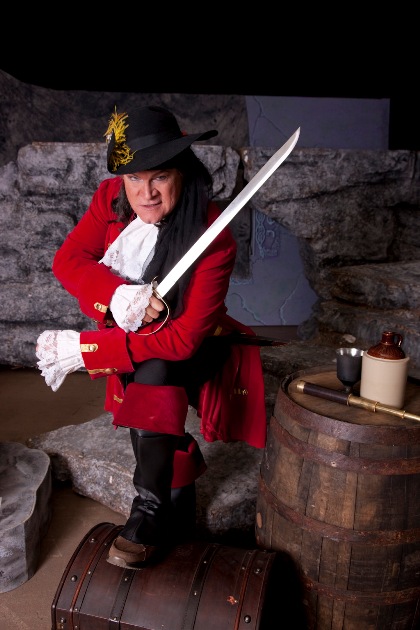 His first career choice wasn’t acting or singing. Keith wanted to become a criminal attorney and interned with Ray Jenkins, trial lawyer and chief counsel for the U.S. Senate in the Army-McCarthy hearings. “I was his fax machine,” recalls Keith, who was drawn to the high drama of the courtroom. He quickly realized there was more tedious drudgery than glamorous litigation and let go of that dream.

On a whim, Keith took the role of anvil salesman, Charlie Cowell, in his high school’s production of The Music Man and found the drama he craved. He graduated from Young High School in 1972 and headed to UT where he balanced his theater major with his passion for Big Orange Football, dashing from Clarence Brown to Neyland Stadium, often still in his stage make up.

It’s common knowledge in Knoxville that David Keith’s blood runs orange. His family has held the same season tickets for four generations. When he was just 13, Keith worked with the team’s student manager after school and ate steaks with the players at the training table. He fondly recalls being Coach Bill Battle’s ball boy. Keith was a fixture on the sidelines for years before the Hamilton era. He’s still a huge Vol fan and proud booster. 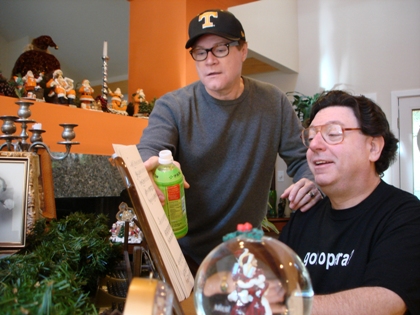 After graduating from UT in 1977, Keith followed the footlights to New York with his newly acquired equity card in hand. He bussed tables at the Essex House on Central Park South until another native Knoxvillian, acclaimed actor and director John Cullum, got him an audition in his off-Broadway production of The Red Blue-Grass Western Flyer Show. Keith’s performance garnered a favorable mention in The New York Times. He was on his way …

His big break came in 1978 when Keith was cast with Bette Midler in The Rose, the Academy Award-winning biopic of Janis Joplin’s self-destructive genius. “I cried in the audition,” recalls Keith. “That’s why I got the part.” Midler introduced Keith to California sushi, and he’s been hooked ever since, frequenting his favorite sushi masters when he’s on the West Coast for delicacies like salted toasted eel spine. Keith admits to favoring Chandler’s Deli when he’s in Knoxville. His palate runs the gamut from gourmet sushi to good ole southern comfort food. Foothills Milling Company is another local favorite, as is the S&W Grand.

Keith actually tried out for Richard Gere’s part in An Officer and a Gentleman, the iconic 1982 film for which he earned two Golden Globe nominations. How close is Keith’s personality to the lovable, love-struck and straight-laced Sid Worley he played in the movie? “I’d never kill myself for a chick,” laughs Keith.

Flash forward a few years to 2001 when Keith returned to Knoxville with his family. Calling L.A. a “mecca of the shallow,” Keith explains that he didn’t want to raise a family there. “My wife is from the real L.A. (Lower Alabama) just outside Mobile,” he quips. “There are real cowboys in the Canyon and real surfers in Santa Monica, but Los Angeles is like going to the TVA&I Fair – fun to visit but you don’t want to live there.”

Keith’s latest passion, and what he describes as the third chapter of his life, is his involvement with PROTECT, a national pro-child, anti-crime membership association.

Knoxville is home for David Keith. He’s never lost his Southern accent or his Southern charm, both of which he brings to his roles whenever he can. Keith embraces his roots even as he branches out. He’s more intellectual and thoughtful than good ole boy. A Renaissance man, Keith digs fancy sushi and down-home soul food. He’s devoted to his family and passionate about fighting child abuse. Acting when the spirit moves him, Keith seems to have found life balance. He’s grounded and centered. 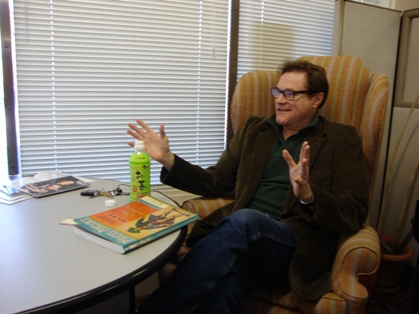 As we chat, I notice the upturned collar on his polo shirt, the understated corduroy jacket. He’s a study in careful nonchalance. Sipping green tea, he’s affable and accessible. David Keith is either genuinely unpretentious or a damn good actor … or both.

Oh, better far to live and die
Under the brave black flag I fly,
Than play a sanctimonious part,
With a pirate head and a pirate heart.

For I am a Pirate King! 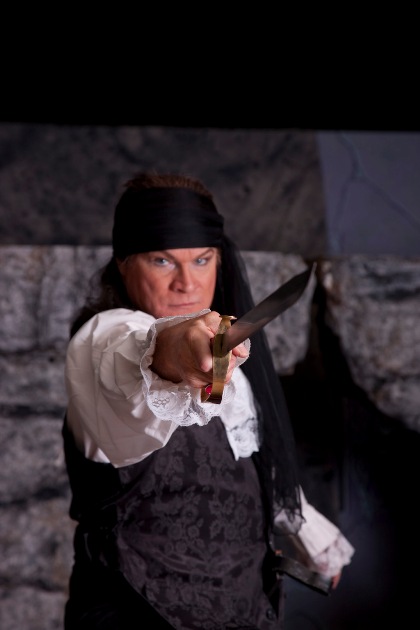 Knoxville Opera is a client of Laura Bower PR