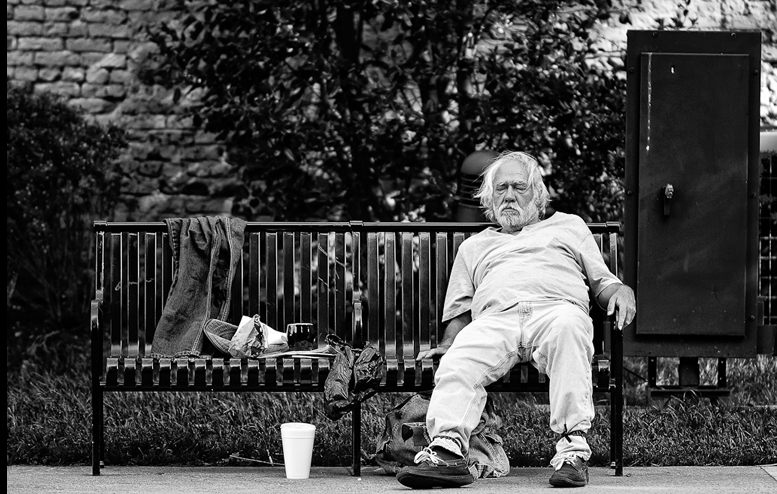 Lately, I have been street vocal about the Knoxville homeless issue. Stepping back and really thinking about it over the last few months, I have become a part of the problem in lieu of becoming part of the solution.  Enter my new leaf — the below is an attempt to become part of the solution, as I share this thought. I hope someone acts on it.

It’s admirable that Knoxville has such a giving spirit. But that volunteer spirit has created uneducated giving, which has hurt Knoxville’s growth over the last few years. This phrase hit me in church this weekend “Love God. Love People.” I believe we are all trying to do good, in some form, but I believe many times we don’t know all the facts. We just know giving feels good, but are we building or tearing down? We are giving, but are we giving smart?

What would the North corridor and neighborhood of the city look like if financial givers and churches were educated on North Knoxville’s homeless services, neighborhoods, businesses, and the overall vision for downtown growth? What would happen if someone invited area churches and financial givers into the North Knoxville neighborhood to see all sides of where and what their donations go to when they give to non-profits in the area. Many times a donator is not educated on how to support. So they give to a cause. All because they are familiar with that cause, without really knowing how the final product affects the neighborhoods and businesses around them.

What if the financial givers took on new initiatives to support our city and donate for growth, rather than the standard non-profit missions? Could churches, or individuals, make Knoxville a better place? Are there other non-profit initiatives, or movements, that create opportunity for growth and success in building a stronger/tighter community? Maybe even a country? Could their gifts create jobs, tourism, spark unique ideas to serve, inspire a class at UT, or maybe even tip the scale and unite all areas of Knoxville under a single vision that spreads? It seems that local givers are thinking too small doesn’t it? Is that a generational thing? Have they really thought about it? Could it be possible to give bigger?

The words “In God We Trust” built the land we live in. Could creating a place to live and thrive under god not be a mission for financial investors, or a mission of a church? Have we strayed from our roots, and now support overarching causes rather than simply helping thy neighbor? Religion aside, this is a call to all types of giving vehicles.

It would be interesting to have a community organization, class organized much like a Leadership Knoxville, or Intro Knox about “Responsible Giving.” Something that brings financial givers and churches together. The class could be centered around giving to Knoxville. Not creating nor introducing, but financial giving. It seems this city has been so focused on building a team of “worker bees” and “thinkers,” but forgets about the honeycomb. The infrastructure, the vehicle, to the end product.

I have seen great things happen when the right folks are in one room. This is just an idea that I am not interested in pursuing, because I’m not the right person. Are you?