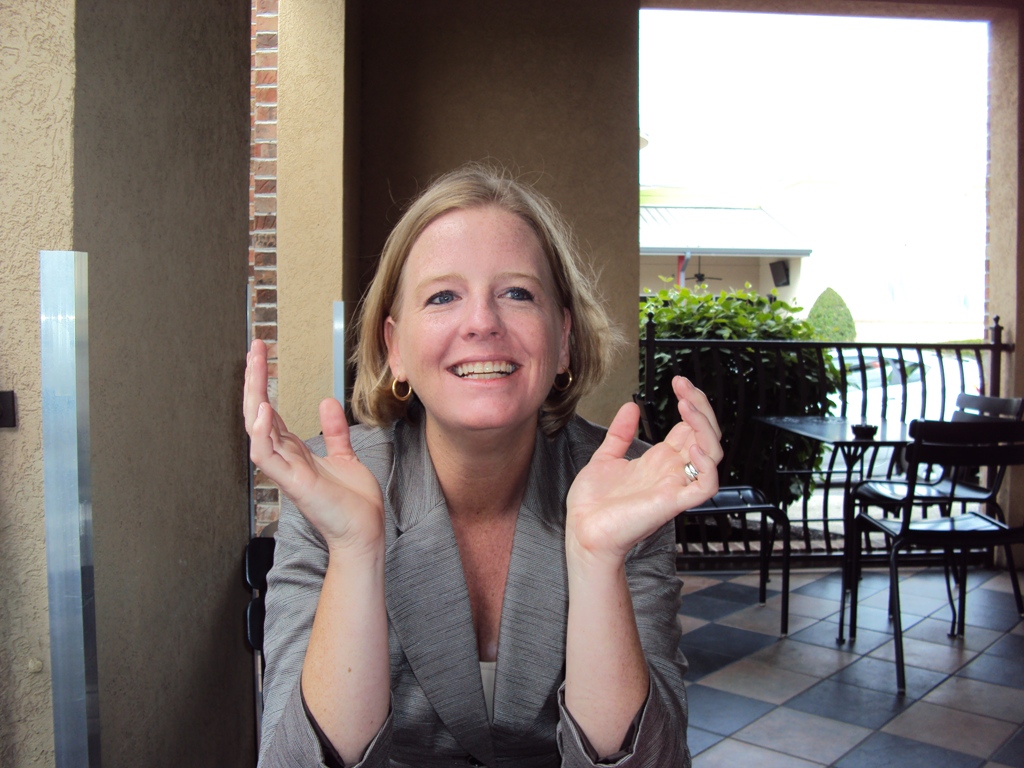 A West Tennessee native, Kim Bumpas came east to Knoxville 22 years ago and never looked back. She was drawn to the mountains, the climate and the casual, laid-back campus at The University of Tennessee. Now president of Knoxville Tourism & Sports Corporation in the aftermath of the Gloria Ray debacle, Bumpas is philosophical about the future of her adopted city and the direction of Knoxville’s de facto destination marketing organization. 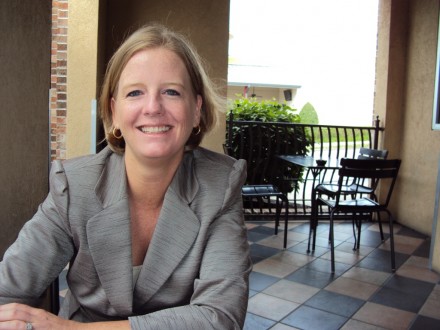 “Forget the acronym,” Bumpas said. “Whether it’s KTSC or something else, we have to get past the drama of the last 10-15 weeks and get together as a community to define the leisure marketing initiative.”

Bumpas zeroed in on three points she believes are critical to Knoxville’s success in tourism: transparency, community involvement and education of what destination marketing is and can be. “Do all that, and Knoxville will be unstoppable,” she added.

Unstoppable describes Kim Bumpas as well. Honest, direct, unorthodox – she’s all these things and more. She’s also passionate about Knoxville. Since her predecessor stepped down amid a firestorm of controversy about contract provisions and compensation, Bumpas has been the voice of reason and the guiding hand of KTSC.

“Sometimes something bad has to happen to get to the good,” said Bumpas.

Flash back two decades to her first foray into tourism & lodging – there was no hospitality major at UT “back in the day” pointed out Bumpas. But that didn’t hinder this persistent student from getting hands-on operations experience in the hotel business, working her way from the front desk up to manager of the Holiday Inn at Cedar Bluff while completing her marketing degree at UT. Next came a sales position at the Downtown Holiday Inn and then a five-year stint with Hyatt Regency. The Hyatt job led to a position at Knoxville Convention and Visitors Bureau under the tutelage of mentor Mike Carrier. That was 11 months prior to the CVB’s “aggressive merger” with the Sports Corporation folks.

Fast forward ten years – a lot has changed. A decade ago, tourism marketing was all about groups. Market Square had not yet undergone its renaissance. There was no “walk out of hotel” experience for visitors. Bumpas credits Scott Schimmel, co-owner of Bliss and Bliss Home, John Craig, president of the Market Square District Association and Biscuitfest visionary, and Governor Bill Haslam, two-term mayor of Knoxville, with morphing Market Square and downtown into a unique destination with crossover appeal for leisure travelers as well as groups.

Now our beloved Scruffy Little City is sitting pretty, poised for breakout success as a leisure and group tourism destination.

Meanwhile, Knox County’s Audit Review Committee has completed its analysis of KTSC’s financials commissioned by Mayor Tim Burchett. Pugh and Company will present the findings on May 22 at 9 a.m., in a public meeting at the City County Building. Bumpas said she welcomes the opportunity for openness and community dialogue. She’s about building consensus and moving forward.

Bumpas is currently overseeing the imminent separation of KTSC and the Women’s Basketball Hall of Fame, operated by Sports Management, Inc. This strategic uncoupling is part of KTSC’s efforts to define its purpose and chart its course under her leadership.

“I like to sleep good at night, so I try to make decisions that don’t keep me up,” said Bumpas. “I really care what people think. I care about Knoxville. That’s why I do what I do.”